The Introvert’s Guide to Successful Networking

The Introvert’s Guide to Successful Networking 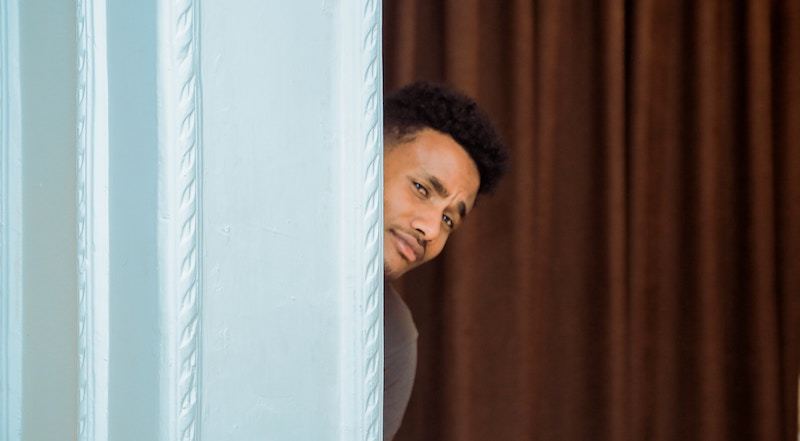 Networking is a critical skill for any business owner to develop. It allows you to find the best talent for your company, establish new strategic partnerships, and expand your client base. There is definitely an art to networking, and there are some steps that everyone should take before they head out to their next conference or industry cocktail mixer.

For introverts, though, networking can prove to be a real challenge. If large groups and chatting with strangers is something that makes you cringe, then networking is not going to come easily. But that doesn’t mean you should throw in the towel. There are some tips and tricks that can help even the shiest of the shy make meaningful business connections that can help them to grow their business and further their career.

Network From the Comfort of Your Home

The advent of social media has been a dream come true for introverts. A site like LinkedIn allows introverts a bit more control over the situation—they can reach out on their own terms, have time to consider how they want to open the conversation, and then are able to talk over a written chat. This removes the fear of having to maintain a conversational volley like you would in a real-life setting, and it gives you the opportunity to craft thoughtful responses to those you’re speaking with.

Joining LinkedIn groups is a good way to meet new people online. Target groups that are related to your field or a niche in your industry. You might also consider tapping into alumni networks or trade organizations. Once you’ve joined a group, join in on the conversation. Share some content that is useful and relevant, and once you get into a conversation on a thread, that opens the door for you to then reach out to that person one-on-one in a direct message.

Once you’ve chatted with someone on LinkedIn, it’s easier to make the leap to meeting in real life. If you’ve found common ground or have talked already about a business issue you share, it can be easier to then make the ask and invite them out to coffee or lunch to continue the conversation in person.

Once you work up the courage to attend a networking event or meet with a colleague, client, or prospect one-on-one, it’s okay to take time to assess what you need to make your interactions successful, and to give yourself some breathing room before and after the meeting.

For a lot of introverts, crowded networking events or even one-on-one conversations are draining and stressful. Build a half hour buffer into your schedule before the meeting or event to allow time to decompress, gather your thoughts, run through the questions you plan to ask or topics you’d like to cover, and to really get your head in the game.

And you should go into these meetings with a game plan. Don’t leave it to chance. If you’re going to an event, do some research about who else is attending and learn a bit about them. Write down a few questions that you’d like to ask. Sometimes it’s helpful to even rehearse asking these questions at home with a friend or loved one who can act out the role of another networking event attendee.

It’s alright to take some time after the meeting, too. Grab some fresh air and walk back to the office rather than hopping right in the car or on the subway. Take the time to do a mental debrief, focusing on what went well rather than dwelling on the one or two awkward silences or flubbed lines.

Be a Good Listener

For a lot of introverts, their biggest fear is having to hop into an already established group at a networking event, dazzling them with insight and wit. It’s perfectly fine for you to not be the life of the party at a networking event. In fact, there are a lot of extroverts jockeying for that role, so you can benefit from doing something that, as an introvert, already comes easily to you: listening.

When people are in a networking situation and are either the extrovert vying for everyone’s attention or are the introvert terrified of having to make small talk, they sometimes forget that conversation is a two-way street. Rather than trying to be in the driver’s seat in a conversation, let the more extroverted person lead the way. You can contribute a lot just by listening intently and asking thoughtful questions of the other person. In fact, if you’re listening carefully, you’re probably making a great first impression—you come across as someone who’s attentive, smart, and engaged. This is actually an important part of building meaningful business relationships, rather than purely transactional interactions, that can serve anyone well in the long run—introverts and extroverts alike.

Big networking events and large conferences often strike fear in the heart of a true introvert. If you don’t think you can go it alone, find a friend to bring along with you! Having an event buddy, someone you like and trust, will help to put you at ease. When you’re more at ease, you’ll be better equipped to handle conversations with strangers and a large group dynamic.

It will also take some of the burden of carrying every conversation off of your plate. Your event buddy may even help to push you out of your comfort zone and get you to tag along for the conference cocktail hour or post-event impromptu karaoke night.

Sometimes just surviving the networking event is stressful enough. You might be tempted to pat yourself on the back just for making it through, and then move on mentally to your next task. But attending the event is only half of your work!

The next day, you want to send a personalized follow-up to anyone you spoke with. This is the easy, low-stress part, since you can send an email or LinkedIn message from the comfort of your desk. Because it seems easier, it can be an easy step to gloss over or forget, but in reality it is the most important part of networking.

If you go to an event and then let all of the business cards you collected just gather dust in a drawer, what have you accomplished? Or if you wait a month to reach out to the people you met, they’re not going to be able to place you, or if they do, they will be unimpressed by how slow you were in reaching out.

Setting aside an hour the next day to write thoughtful notes that reference a specific thing you discussed with that person will really help you to stand out. They might not have an immediate need, but when they are looking for someone who does what you do (or a friend asks them for a recommendation), if you’ve created a positive impression, you just might be the person they think of first.

For most introverts, attending a networking event sounds about as fun as getting a root canal. But when you approach networking with a plan in mind, it can be a lot easier to get over the discomfort of interacting with strangers in a group setting, and to really make meaningful connections.

Download here
< All Articles
How To Make Your Clients Successful So They Never Want To Leave
About the show: The Agency Spark Podcast, hosted by Sara Nay, is a collection of short-form interviews from thought leaders in the marketing consultancy and agency space. Each episode focuses on a single topic with actionable insights you can apply today. Check out the new Spark Lab Consulting website here! About this episode: In this […]
Read More
Five Tips That Make Asking for Referrals Less Intimidating
Asking for referrals can be tough. It can feel like you’re being pushy or imposing on someone’s time. But in reality, the majority of happy customers are more than willing to give a referral when asked. While the first hurdle in asking for referrals is getting over your own insecurities or mental blocks associated with […]
Read More