3 Shifts That Will Take Your Story To The Next Level

3 Shifts That Will Take Your Story To The Next Level 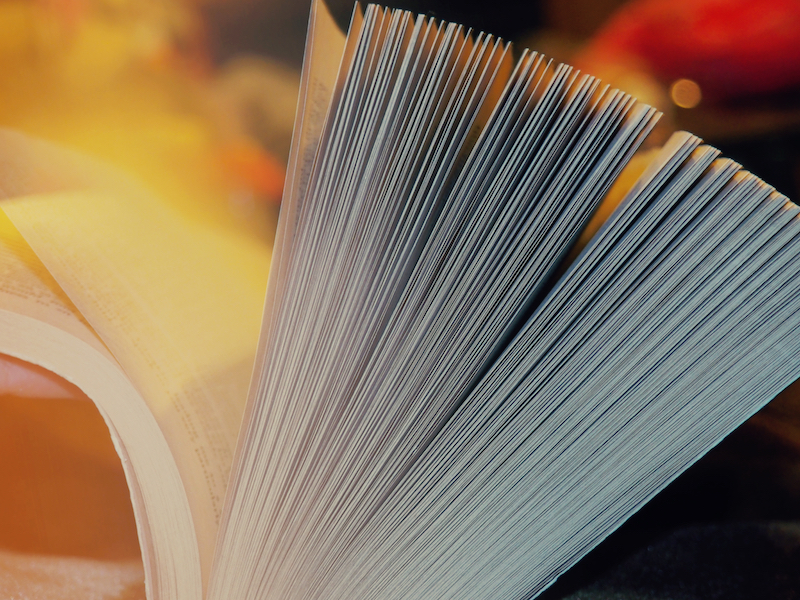 Their traditional email approach told about the work the organization was doing throughout the world. How they had grown over the years through contributions and support. And how the money was being spent. Then it called for action — a donation.

Their story-based email campaign shared stories like Giselle, a 12-year-old girl forced to flee her home in the Eastern Congo when fighting broke out.

That campaign revealed that Giselle was one of 1.2 million refugees in need of food and shelter and $50 would feed her as well as 140 others for 10 days. Then it invited prospective donors to respond to that acute need.

Which campaign do you think raised the most money?

It’s no surprise, the story approach was 22 times more effective in generating donations. Why? That’s what this article seeks to help you understand and successfully accomplish through your business.

As a literature major turned marketing executive, I’ve spent much of my career studying why some stories take off like rockets while so many remain whispers in a hurricane. And I’ve put these learnings to the test as a practitioner in the field.

If I were to boil everything I’ve learned so far down to a single idea, it would be this: Most businesses think their job is to tell their story better, while the most successful companies and causes tell a better story — one that is open-ended, participative and bigger than themselves.

So what does that mean for you and your business? What steps can you take to “tell a better story” and take that story to the next level?

Here are three shifts you can make to start on this journey.

Shift #1: From Expression to Connection

Despite a plethora of books, research and best practice examples proving the opposite, the majority of today’s marketing and sales materials are still written from the perspective of “about us.” Heck, we even have “about pages” on our “about us” websites.

Who is the focus of the story you’re telling — your business and its offerings or those you exist to serve?

A fast, simple way to check yourself on this is to use what I call the “highlighter test.” Take two different colored highlighters. Print off your home page copy, grab your sales brochure or open the next email you’re planning to send out. Highlight every reference to you, your company and service in one color. Highlight every reference to your prospect, her company and need in the other. Then calculate total mentions for each color. What’s the ratio?

Why? It’s pretty obvious. No one cares about your business. What they seek is information, insights and inspiration for themselves. Shift your content’s focus from self-expression (i.e. about us) to others-connection (i.e. for you).

To do this, start with the story your prospects tell themselves. Often that story is tied to a specific job they’re trying to get done in their lives: more leads, more clients, more recognition, more independence, less hassle, etc. Instead of trying to tell your story, enter their story by helping them get that job — the one your business exists to do — done.

Mercy Corps’ traditional approach to fundraising was to share an “about us” narrative, then ask for support. Their approach using stories like Giselle’s shifted the focus to a job the prospective donor could help get done. The story was no longer about Mercy Corps, it was about saving and improving lives. And it invited participation in an experience. Which leads to the next shift you should make.

Shift #2: From Information to Experiences

Everything evolves in waves. Take the internet.

The first internet was essentially a massive collection of online directories. Many were curated by humans. But these directories quickly became too large to find what you were looking for, so search ushered in the second wave.

What search does well is help you find the best resource by tying your keyword or phrase with your intent. What search can’t do well is create serendipity — those random recommendations people make that you never would have discovered had it not been for them. Social media (i.e. humans recommending and sharing things with humans) was the third wave.

With the iPhone and iPad, and the app infrastructure that came with them, we no longer had to go to the internet using a computer. We could bring the internet with us. Mobile was the fourth wave.

Today, the internet is everywhere. It’s in our phone, car, watch, appliances, you name it. The internet of things is the fifth wave. What do you think the next wave will be?

What this shift means is that stories that rely too heavily on informing will increasingly be ignored. Not only by your prospects, but by the search engines and filter bubbles too. However, stories your prospects can experience — see, hear, taste, smell and feel — will earn more and more attention and authority.

The faster you can move your prospects from information to experiences, the more powerful your story (i.e. the story they tell themselves about you) will become.

John skillfully does this by inviting prospects to take “guided tours” of the Duct Tape Marketing Consultant Network. No doubt these hands-on, human-to-human touches play a critical role in shaping the Duct Tape story in the minds of prospective partners and clients.

Is your story something others can actively participate in and experience? Or is it mere information intended for passive consumption?

Shift #3: From Closed to Open

I continue to see many companies and causes try to manufacture and control their story. And I continue to hear and read business advisors talk about storytelling as if all narratives are closed-loop: Something happens, conflict ensues, then all is resolved.

In his brilliant SXSW talk in 2013, John Hagel argued in favor of open narratives, those without a predetermined ending. Those in which we can participate and impact the outcome. (Are you starting to see how these three shifts work in harmony?)

Let’s go back to the Mercy Corps example. My understanding is that Giselle’s story was one of many stories Mercy Corps used for fundraising. Each of those micro stories added up to a macro narrative of “saving and improving lives in the world’s toughest places.”

Notice that the broader narrative of “saving and improving lives” is an open narrative, because the movement of saving lives is endless.

Nike’s macro story has never been about shoes. It has always been about striving for greatness — a much bigger story than shoes or a shoe company. It’s open-ended.

Disney’s macro story has never been about cartoons, kids’ clubs, adventure documentaries, films or theme parks. It has always been about creating magical moments and memories. It too is an open narrative.

What open narrative does your business serve?

The reason I’m such a fan of John is that he gets that storytelling in business isn’t about telling your story better, it’s about telling a better story.

A better story is one that is for those you seek to serve, rather than about your business and its offerings.

It’s one that invites participation in experiences, rather than merely informing through telling.

And it’s one that is open and can be co-created in real-time over time.

I hope this has given you a new lens through which to see and evaluate your story. And I hope it has given you some actionable shifts you can make to increase engagement and conversion.

If you would like to go deeper into how you can leverage these shifts in your business, let the Duct Tape Marketing team know.

Keith Reynold Jennings‘ mission is to help leaders and creatives see, tell and scale their story. As head of corporate marketing for Jackson Healthcare, he is implementing a “story culture,” as well as helping position and grow its new companies. He also writes and speaks about story-scaling and narrative intelligence.

Download here
< All Articles
2 Out-Of-The-Box Ways To Generate Referrals
Marketing Podcast with John Jantsch In this episode of the Duct Tape Marketing Podcast, I’m doing the final part of a five-episode solo show series where I’m covering one of my favorite topics: referrals. You can catch the first episode, second episode, third episode, and fourth episode of the Referral Generation series here. Key Takeaway: In this episode, I’m wrapping up […]
Read More
The Strategy Behind Building A Thriving Online Community For Your Brand
Marketing Podcast with Jenny Weigle In this episode of the Duct Tape Marketing Podcast, I interview Jenny Weigle. Jenny has been creating, executing, and reviewing strategies for online communities for more than 10 years. She’s worked with more than 100 brands on various aspects of their community strategy and implementations, including launch, migration, programming, and […]
Read More