7 Reasons Why Proposal Software Will Boost Your Sales

7 Reasons Why Proposal Software Will Boost Your Sales 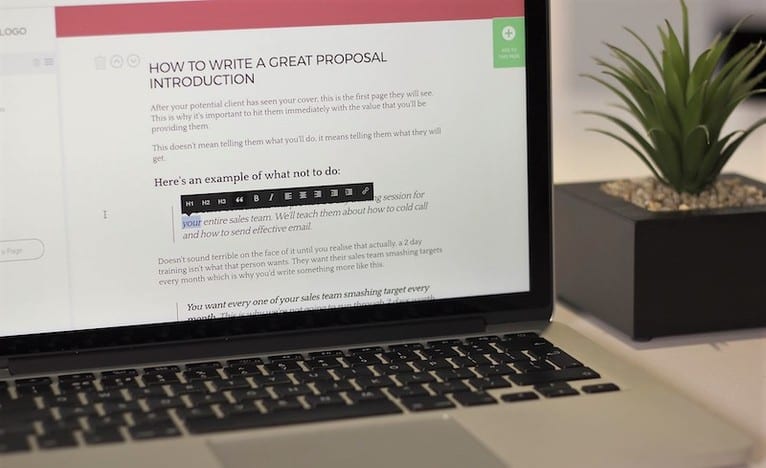 You’re probably well aware of how important business proposals are to getting clients and winning new business. If you’ve been writing a lot of them, you may have thought about investing in proposal software to make the process easier.

However, is proposal software really all that great compared to writing the proposals yourself? It turns out that there are quite a few reasons why you would want dedicated software for proposal writing.

It will make writing a whole lot quicker

Here’s the thing – writing isn’t as easy as it seems. For sales purposes, writing can be extremely daunting. If you’re great at closing sales, you don’t necessarily need to be a good writer. On the other hand, hiring a writer every time you need to send out a proposal (or having someone in-house) is just not practical.

Proposal software ensures you spend less time writing, as it comes with pre-made templates. Some apps, such as Better Proposals, come with templates for different industries, such as marketing or website design. All you have to do is fill in the blanks. Alternatively, you can create your own template based on a proposal that worked for you and edit the main information every time you create a new proposal.

By spending less time on writing, you will be able to spend more time learning about your clients and getting new leads.

One of the biggest issues with proposals in document format is that their use is very much limited. Modern proposal software comes with a range of different integrations that ensure your proposal is embedded into your sales process.

For example, you can pull data from your CRM into your proposal software, making it easier to fill out your proposal template. Moreover, your proposal will be added to the sales pipeline. Once the proposal goes out, you can integrate it with your project management tool to have a birds’ eye view of the progress of the deal.

In essence, integrations save you time, make creating proposals easier and let you be in full control of the sales process. If your chosen proposal software doesn’t have native integrations, you can hook it up with Zapier and the possibilities are endless.

You won’t have to worry about design either

Besides writing, another thing that sales professionals aren’t always skilled at is design. Who’s to guess which color goes well with blue and where you need to put your logo to make the proposal look aesthetically pleasing?

Proposal software eliminates this problem by giving you visual templates and all you have to do is edit the written content. Besides the general appearance, you can change font colors, headers, insert your company logo and much more.

Why does all of this matter? Proposals with a cover convert better than those without one. Even if you think appearance doesn’t matter, first impressions are crucial to getting your proposals signed.

Your proposals will be optimized for all devices

When writing proposals in word processing apps, you usually save them as text or PDF files. Unfortunately, that doesn’t always end up looking all that great. 34% of all proposals are first opened on mobile platforms. Proposal software makes all your proposals optimized across devices, so you make a great impression, no matter the device the client is using.

You can guide the client through the proposal

One of the recent developments in the world of business proposals is live chat. You can use a live chat app to communicate with the client as they are reading the proposal and answer any questions they may have. It turns out that it makes a difference – you’re 13.2% more likely to win the deal if you use this feature in your proposals.

You will get paid more quickly

For anyone working in B2B, you probably know the struggles with unpaid invoices. According to research, the average company has invoices unpaid for up to 90 days. However, it doesn’t have to be this way.

When research was done on over 180,000 signed proposals, the average proposal was paid about 12 hours from the moment it was signed. There are several reasons for this. First, you can pay directly from the proposal, which reduces friction and makes payment simpler and easier. Second, half of all payments (52%) were made through credit cards (using integrations with Stripe, Paypal and similar).

The remainder was paid either directly or through invoices. This means that a large portion of your clients may be delaying payment through invoices simply because they find credit cards more convenient – which is an option you can set up in your proposal software.

You will avoid the death trap of PDFs

It’s fairly common to send out your proposals as PDFs. It’s what your clients are used to – you just attach them and send out in your emails. The clients print them out to review them and hopefully sign. Well, research has shown that PDFs are the number one conversion killer for business proposals.

On a fairly large sample, we discovered that sending your proposal as a PDF means decreasing the chances of the proposal being signed by as much as 78%. It’s not that something is inherently bad about PDFs, it’s just they tend to get printed. And once a proposal gets printed, the likelihood of signing plummets. The reasoning behind this may be that a proposal printed on paper gets shared among several stakeholders, decreasing the chances of being signed.

There are plenty of reasons to incorporate proposal software in your sales systems. Not only will you write proposals more quickly, but you will also get paid more quickly, have your proposals optimized across devices, have the option of live chat within the proposal and much more.

If you’re still sending out proposals in PDFs as email attachments, it’s high time you jump on board the proposal software revolution – your business will thank you for it. 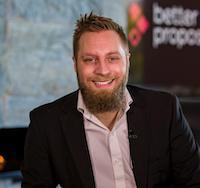 Adam Hempenstall is the CEO and Founder of Better Proposals, simple proposal software for creating beautiful, high-impact proposals in minutes. Having helped his customers at Better Proposals win $120,000,000+ in one year only, he has launched the first Proposal Writing University where he shares business proposal best practices.

Download here
< All Articles
Why Call Tracking Metrics Matter To Your Marketing Efforts
Marketing Podcast with Todd and Laure Fisher In this episode of the Duct Tape Marketing Podcast, I interview Todd and Laure Fisher. Husband and wife co-founders, Todd and Laure Fisher founded CallTrackingMetrics in 2011 in their basement and together have grown it into an Inc. 500-rated, top-ranked conversation analytics software serving over 30,000 businesses around […]
Read More
Why Becoming Superbold Is The Key For Unlocking Your Best Life
About the show: The Agency Spark Podcast, hosted by Sara Nay, is a collection of short-form interviews from thought leaders in the marketing consultancy and agency space. Each episode focuses on a single topic with actionable insights you can apply today. Check out the new Spark Lab Consulting website here! About this episode: In this […]
Read More