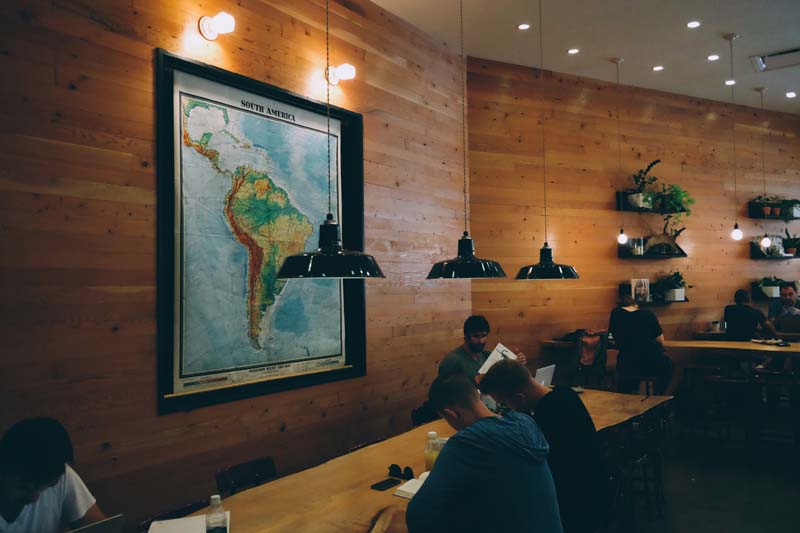 You know him. He’s the perfect networker. He’s at every event. He’s a brilliant conversationalist. He’d give you the shirt off his back. He follows up. He keeps his commitments. He’s always happy to make an introduction.

And yet he’s always broke. He drinks water at every event. He skips the meal if that’s an option. He’ll spend hours on Twitter doing essentially nothing, but won’t spend $50 for a tool that will actually help his business. There’s always a hint of desperation hidden in his voice (or his blog posts) because his business really isn’t doing that well.

He’s drunk the networking & social media Kool-Aid. It’s a poison, and if you’re not careful, you might easily fall victim to it too.

Networking is fun. Furthermore, there’s generally no rejection in networking. People can succeed at networking even if they’re not succeeding in their business. And if you’re any good at it at all, occasionally it will work and actually generate you some business. “See? Networking works!” That becomes a validation of whatever you’ve been doing. It doesn’t matter that if you did things a little differently, you could have had ten times the results with the same amount of effort – what you’re doing “works”.

It’s an addiction. And it’s an insidious one at that. Why? Because…

More networking is not necessarily a good thing.

First off, it can pull your attention and financial resources away from other, more important things. Secondly, more networking means more exposure of anything in your business or relationship management practices that’s not absolutely rock solid.

Now I know you’ve all heard that “givers gain” – that you should give first in a networking context, without thinking about what’s in it for you.

It’s OK to be selfish sometimes when it comes to networking, or at least to appear that way.

Let’s look at a few facts:

· In order to take care of others, you must take care of yourself. On a plane, they tell you to put your mask on first – you can’t help your child if you’re unconscious. The more resources you have at your disposal – money, time, connections, etc. – the better you can be of service to the people you know. “Love your neighbor as yourself” requires you to first love yourself. Perhaps spend less time networking and more time becoming someone that people would want to network with.

· Time is a zero-sum game. 24 hours, 7 days…that’s it…same as everybody else. An hour you’re spending networking is an hour you’re not spending with your current clients, your employees, your close friends, your family, or personal development. Sure, networking is rewarding, but really think about this when you consider attending a particular event or whether to spend an hour on Facebook – is it more rewarding in the long run than all of the other things you could be doing with your time? You can’t help everybody.

· Your networking contacts are not the most important people in your life or your business, even for referrals. Who really gives you the most referrals (or at least the best ones)? New networking contacts? Or your current happy customers? If it’s not your current customers, “you’re doing it wrong.” The single most important thing you can do to drive referrals is to make sure your current customers are not just satisfied, but RAVING FANS. And your employees are what make your business possible. In most cases, clients are more easily replaced than good employees. And your family and close friends? They’re what make it all worthwhile. Don’t ever sacrifice those relationships on the altar of networking.

· If your business isn’t solid, your network is a house of cards. More exposure means exposing the weaknesses as well as the strengths. If you’re stretched so thin that you can’t even begin to keep up with all the little commitments you make — “Sure , I’ll get that over to you” or that stack of “let’s talk next month” people – then why are you spending your time meeting a lot of new people? Do you really think all those new people will create more value for you (or that you’ll be able to create value for them) greater than those opportunities that are already in front of you? I’ll be the first to admit – I’m terrible about this. I get massively over-extended, because I have a really hard time saying “no” to people. That’s why I frequently disappear from social media for days or even weeks at a time – I’m taking care of business that’s more important.

· People who don’t understand the items above are not your friends. If a networking contact can’t understand that in the event of a commitment conflict, you’re going to take care of your customer over them, do really even want them as a customer?

Now I’m not suggesting that people start thinking “what’s in it for me” about every interaction. What I am saying is that you need to be selective with your time. You are going to have to make some choices. And sometimes the choices suck.

Once I was scheduled to do a teleclass and cancelled the day of the event. There were a couple of hundred people registered and a very good networking contact of mine had arranged for the event. I knew it would damage my reputation to cancel and put a dent in my relationship with the friend who set it up.

Why did I cancel? Because a client of mine had a meeting for a $2 million funding deal the next day, and we weren’t done with the presentation and prospectus. Taking even a couple of hours out for the teleclass could have meant a botched meeting for him. Maybe not, but I also had to be able to give reasonable notice to the teleclass organizer and attendees, so I made the call.

Sure…in hindsight, I didn’t plan it all well. But as of the morning of the event, I had to make a very difficult decision. If I had it to do over again, I’d make the same decision. I’d risk my reputation with a couple of hundred people I don’t know and have never worked with to make sure that my current client knew I would do whatever it takes to keep the commitment I made to them.

So go ahead…put yourself first. Take care of your business. Develop yourself. Stay healthy. Spend time with your friends and family. Put your customers ahead of your networking contacts.

Don’t be afraid to ask yourself “What’s in it for me?” about your overall networking activities. If you’re not getting the returns you want, maybe it’s time to push away from the networking buffet table, go on a networking diet, and spend more time getting your business into shape.

A 20-year veteran technology entrepreneur, executive and consultant, Scott Allen is the Entrepreneurs Guide for About.com, one of the top ten websites in the world with over 37 million readers, and a subsidiary of the New York Times. He is also the coauthor of The Virtual Handshake: Opening Doors and Closing Deals Online, published by the American Management Association.