Becoming a Great Leader, No Matter What Field You're In [Podcast]
Find a Consultant Become a Consultant

Becoming a Great Leader, No Matter What Field You’re In

Becoming a Great Leader, No Matter What Field You’re In 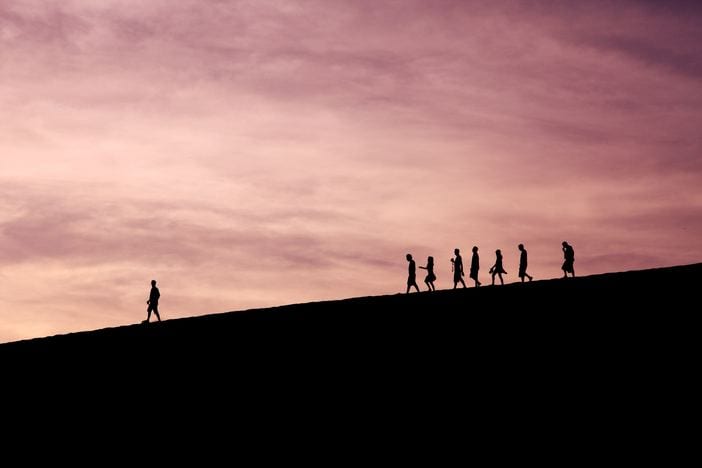 Since recording this interview, Jason Kander announced that he was taking a step back from political life to deal with depression and PTSD symptoms he was experiencing as a result of his tour in Afghanistan. Kander bravely and candidly addressed his decision, in an effort to destigmatize mental illness and to encourage others to get the help they need.

My guest this week on the Duct Tape Marketing Podcast is Jason Kander. He is a former Army Captain and New York Times bestselling author of Outside the Wire: Ten Lessons I’ve Learned in Everyday Courage. In the book, he discusses his time in the military and how he applies the lessons he learned while serving in his everyday life.

Upon returning from his tour in Afghanistan, Kander returned to his hometown of Kansas City, Missouri and became involved in politics. He served as a member of the Missouri House of Representatives from 2009 to 2013 and became the 39th Secretary of State for Missouri in 2013; a position he served in until 2017. At the time of this interview, he was running for mayor of Kansas City.

Key takeaways from the episode and more about Jason Kander:

This episode of the Duct Tape Marketing Podcast is brought to you by Gusto! Payroll and benefits are hard. Especially when you’re a small business. Gusto is making payroll, benefits, and HR easy for modern small businesses. You no longer have to be a big company to get great technology, great benefits, and great service to take care of your team.

To help support the show, Gusto is offering our listeners an exclusive, limited-time deal. Sign up today, and you’ll get 3 months free once you run your first payroll. Just go to Gusto.com/TAPE.

Download here
< All Articles
Podcast
Why Call Tracking Metrics Matter To Your Marketing Efforts
Marketing Podcast with Todd and Laure Fisher In this episode of the Duct Tape Marketing Podcast, I interview Todd and Laure Fisher. Husband and wife co-founders, Todd and Laure Fisher founded CallTrackingMetrics in 2011 in their basement and together have grown it into an Inc. 500-rated, top-ranked conversation analytics software serving over 30,000 businesses around […]
Read More
Podcast
Why Becoming Superbold Is The Key For Unlocking Your Best Life
About the show: The Agency Spark Podcast, hosted by Sara Nay, is a collection of short-form interviews from thought leaders in the marketing consultancy and agency space. Each episode focuses on a single topic with actionable insights you can apply today. Check out the new Spark Lab Consulting website here! About this episode: In this […]
Read More